Polyps of the Colon and Rectum

What are colorectal polyps?

Colorectal polyps are a common finding during recommended screening exams of the colon and rectum, occurring in approximately 20% to 30% of American adults. Polyps are abnormal growths arising from the inner lining of the colon or rectum. Some polyps are flat; others have a stalk. polyps can occur throughout the large intestine, but are more commonly found in the left colon, sigmoid colon and rectum. The large majority of polyps will not become cancerous; however, certain types of polyps are precursors to cancer development. Removal of polyps during colonoscopy reduces the risk of developing colorectal cancer in the future.

What are the symptoms of polyps? 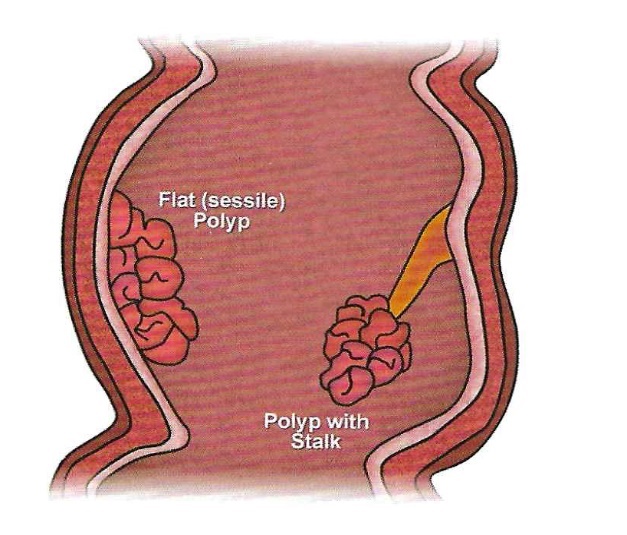 How are polyps diagnosed?

The most common method for detecting polyps is colonoscopy. During this outpatient procedure, your doctor examines the colon using a long, flexible, lighted instrument. If polyps are found, they are removed at the same time. The colon can also be examined indirectly by CT colonography, sometimes referred to as a "virtual colonoscopy". If polyps or a tumor are found, follow-up colonoscopy may be needed to remove or biopsy them. Other methods for detecting polyps include digital rectal exam, fecal occult blood testing, barium enema and sigmoidoscopy.

Do polyps need to be treated?

Since there is no foolproof way of predicting whether a colorectal polyp will become a cancer, removal of polyps is advised. The vast majority of polyps can be removed or destroyed during a colonoscopy. Large polyps may require more than one treatment, and in some patients surgery could be required for complete removal.

Once a colorectal polyp is completely removed, recurrence is unusual. However, new polyps will develop in at least 30% of patients after polyp removal. For this reason, your doctor will recommend follow-up procedures at specific intervals to watch for new polyps, usually within 3 to 5 years following polyp removal. daily use of aspirin or non-steroidal anti-inflammatory drugs (NSAIDs)may reduce the risk of developing new colorectal polyps. If you are diagnosed with colorectal polyps, ask your doctor whether you should take these medications to prevent future polyps. 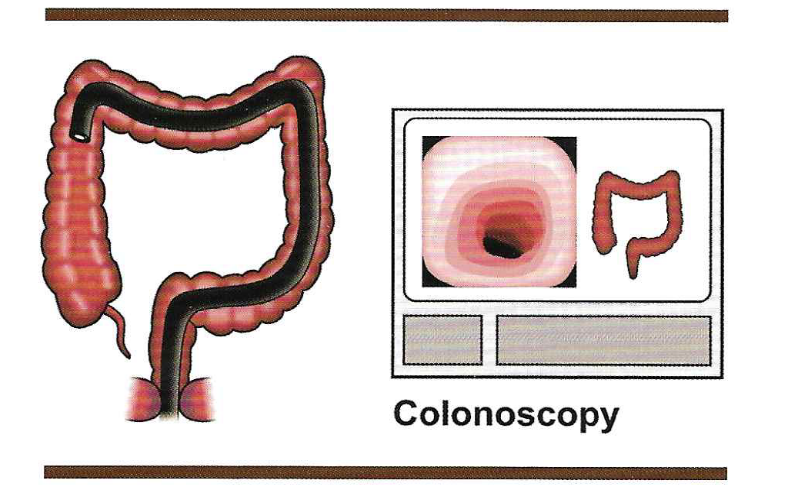 Please call our office for more information or to schedule an appointment.

Click the links below to see reviews of Dr. Schultzel through these sites: